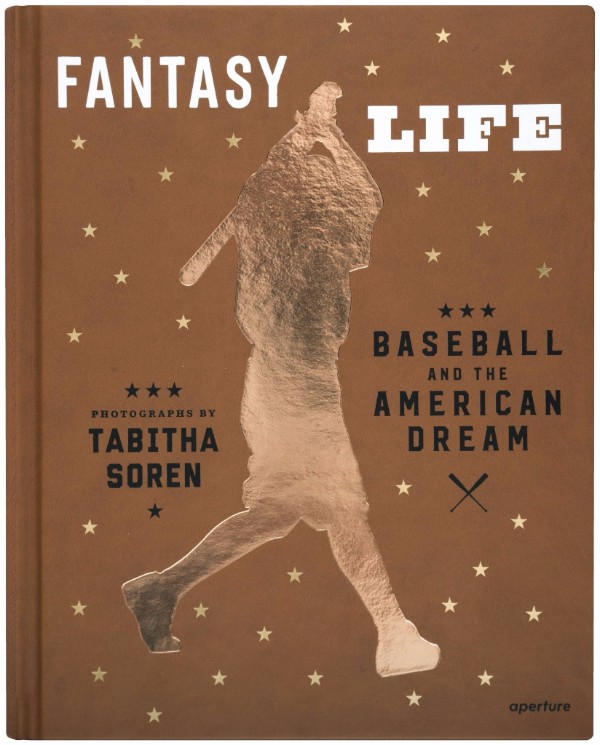 On Saturday, April 29th between 4:00 and 6:00 PM, please join Arcana: Books on the Arts in celebrating the publication of Tabitha Soren’s thought-provoking monograph FANTASY LIFE : BASEBALL AND THE AMERICAN DREAM. A talk and presentation by the photographer will begin at 4:30.

In 2002, Tabitha Soren first began photographing a group of twenty-one minor league draft picks for the Oakland A’s – young men coming into the major league farm system straight from high school or college. For the past fifteen years, she has followed these players through their baseball lives spending time on farm teams waiting to get called up to The Show, with frequent trades, big breaks, broken hearts, day jobs, long bus trips, injuries, waiting around, calling plays from the dugout, gum and tobacco chewing, praying, bonding, and aging. It turns out, getting drafted isn’t the same as making the team, making the team isn’t the same as playing, playing isn’t the same thing as a star turn or a star’s paycheck, and getting paid isn’t the same as having a secure future for when you retire in your early thirties.

This project examines meritocracy’s myths and the precariousness of a person’s fate when it hangs by the thread of perpetual self-perfection. In Fantasy Life’s case, it is professional baseball players who are in that position. But that feeling is not limited to athletes in America. The United States is a striving culture unlike any other. Some of the subjects, like Nick Swisher and Joe Blanton, have gone on to become well-known, respected players at the highest level of the game. Some left baseball to pursue other lines of work such as selling insurance, and coal mining. Others have struggled with poverty and even homelessness.

Fantasy Life portrays a selection of these decade-plus stories, gathering together a richly textured series of photographs taken on the field and behind the scenes at games, along with commentaries by each of the players and memorabilia from their lives from kindergarten-age baseball cards to x-rays of career injuries. It includes a five part short story by noted author Dave Eggers about a fictional minor leaguer that compellingly condenses the roller-coaster ride of the farm team everyman, from youthful pursuit of stardom through the slog of endless hardscrabble games, to that moment of realization that success may not be just around the corner after all. Additionally, ten players from the project have contributed essays for the book about their experiences with success and failure – and how they had to piece together a new identity after their professional sports careers.