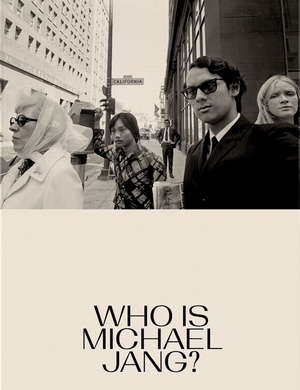 Free
On Saturday, October 5th from 4:00 to 6:00 pm, please join Arcana: Books on the Arts for a meet and great with the semi-reclusive Michael Jang and immerse yourself in his wry images of a kinder, gentler California that includes the likes of Jack Lemmon, Peggy Lee, ‘Ol Blue Eyes, David Bowie, The Ramones, Devo, The Sex Pistols, David Hasselhoff, Jerry Brown, Harvey Milk, John Baldessari, Lee Friedlander, and many, many more.

Michael Jang spent nearly four decades working as a successful commercial portrait photographer whilst quietly assembling a vast archive of thousands of remarkable images and authoring several now-iconic series: “The Jangs” (1973), “Beverly Hilton” (1973), “San Francisco” (1973–1987), “Summer Weather”  (1983), “College” (1972–1973), “Punks & Poets” (1978–1980), and “Garage Band” (2001). For forty years, Jang revealed nothing of that vast archive until 2001 when he submitted a number of photographs for consideration to The San Francisco Museum of Modern Art. Once “discovered”, his work has steadily gained acclaim and over the past fifteen years those images have found a wider audience in a series of museum and galley exhibitions and hard to find books.

The artist’s first major monograph – “Who Is Michael Jang?” – is published by Atelier Éditions in conjunction with his first major retrospective exhibition, “Michael Jang’s California”. Curated by Michael Jang’s long-time collaborator and the book’s essayist, SFMoMA curator emerita of photography, Sandra S. Phillips, the show will be on view September 27th, 2019 to January 18th, 2020 at The McEvoy Foundation for the Arts in San Francisco