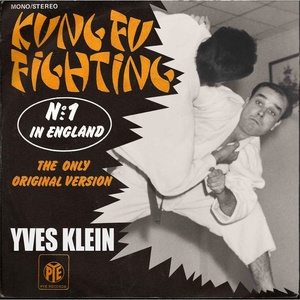 Free
On Saturday, August 3rd from 4:00 and 6:00 pm, please join Arcana: Books on the Arts in collaboration with Hubbyco for an exhibition of Los Angeles-based artist Gary Cannone’s Albums by Conceptual Artists artworks, along with a book signing for Forever Now – the limited edition catalogue that documents them! In addition, there will be a special Conceptual Art-themed record party hosted by Mr. Cannone and the illustrious Tosh Berman.

Albums by Conceptual Artists originated as a crowd-sourced online project in which Gary Cannone encouraged like-minded artists to infiltrate popular and obscure album covers with content from the history of contemporary art in a communal act of parody. Begun as a Facebook comment thread, a Tumblr site of the project soon followed and grew to over five hundred album cover contributions ranging from transgressive to silly, from informative to obtuse. Cannone sees the series as a form of fan fiction, a positive creative act often using arcane minutiae linking the worlds of art and music done by and for art nerds. The artist’s formative influences include 70s comedy such as Norm Crosby, Wacky Packages, Carol Burnett, Mad Magazine, and the disembodied PA from M*A*S*H (the TV series). He is a 2019 recipient of a California Community Foundation’s Fellowship in Visual Arts grant and his artist’s book, Time Settings for a Microwave Oven with Broken Three, Four, and Nine Buttons was recently acquired by The Getty Museum. His current work explores the phenomenology of furniture in gallery spaces through the lens of a prop comic.