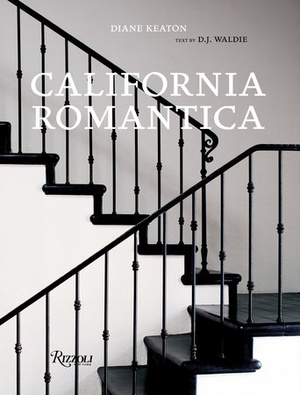 Free
On Saturday, October 26th from 3:00 to 5:00 pm, please join Arcana: Books on the Arts as they host their longtime supporter, Diane Keaton, who will be signing copies of the lovely new edition of her long out of print Rizzoli classic, California Romantica.

Included among these magnificent seaside estates, canyon villas, and courtyard bungalows is Diane Keaton’s former home in Beverly Hills, which she thoughtfully restored with noted designer Stephen Shadley, and for which she has been recognized as a committed preservationist. As the author and compiler, Ms. Keaton brings her cinematic eye, a keen sense of natural drama, and a profound appreciation for the nuances of shadow and light to the elucidation of these buildings, through the selection of specially commissioned photography. Noted historian D.J. Waldie lucidly explicates the architecture and provides an intimate tour of a historic and distinctly Californian lifestyle.

Will A New Generation Of Leaders Shake Up L.A.’S Culture?

A Zócalo/Helms Bakery District Event Moderated by Frances Anderton, Architecture and Design Journalist Over the past year, directors of cultural institutions across Los Angeles have announced their retirements, which means a new generation of cultural leadership is upon us. But despite a desire for change that seems nearly universal, new directors must still answer to many of the same funders […]