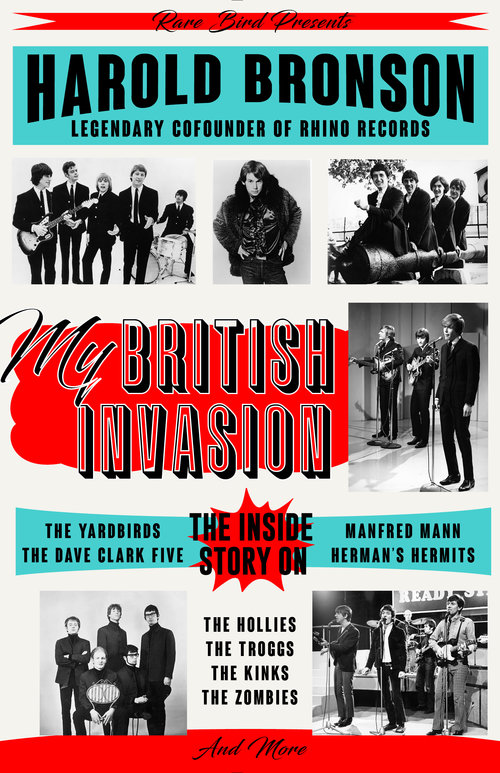 On Sunday, May 14th between 4:00 and 6:00 PM, Arcana: Books on the Arts invites you to a book signing with Harold Bronson and an evening to twist, shout, and dine on humanely raised, grass-fed hot dogs from Let’s Be Frank.

Harold Bronson grew up in Los Angeles as a passionate Anglophile. Through his career first as a music journalist, then as a label executive, Harold met and befriended many of those performers whose music he loved. With his newly released My British Invasion from Rare Bird Books, Harold pens his insider’s account of London’s cultural youthquake of the sixties and seventies that brought us The Yardbirds, The Dave Clark Five, Manfred Mann, Herman’s Hermits, The Hollies, The Kinks, The Troggs, The Zombies, Johnny Rotten, Pirate Radio, and much, much more. A co-founder of the legendary Rhino Records label, Harold is the author of Rock Explosion: The British Invasion of America in Photos 1962-67, Hey, Hey, We’re The Monkees, and The Rhino Records Story: Revenge of the Music Nerds.