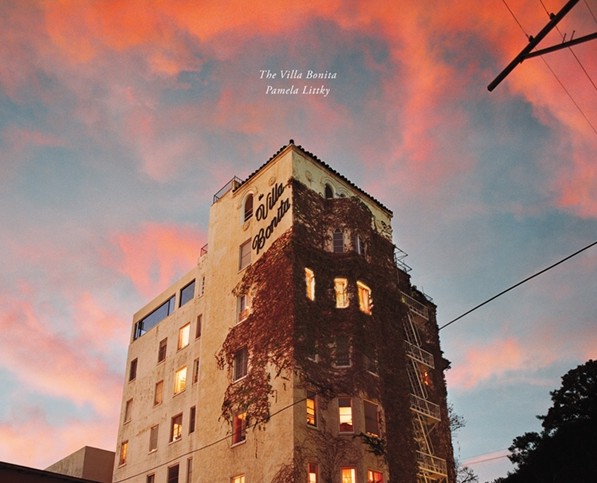 On Thursday, September 15th from 6 to 8PM, please join Arcana: Books on the Arts in welcoming Pamela Littky for a book signing of The Villa Bonita.

In the absence of traditionally scaled, walkable neighborhoods, Los Angeles has long created community within the confines of these kinds of apartment complexes. Young and old, employed and between gigs, dreamers and those whose dreams left long ago – everyone arrived at the Villa Bonita for one good reason or another. Featuring a foreword by Cameron Crowe, this striking hardbound volume brings us within intimate distance of its subjects, as Los Angeles-based photographer – and Arcana favorite – Pamela Littky surveys all of the inhabitants of this historic apartment tower in the middle of Hollywood, creating a collective portrait of the transient nature of the city.