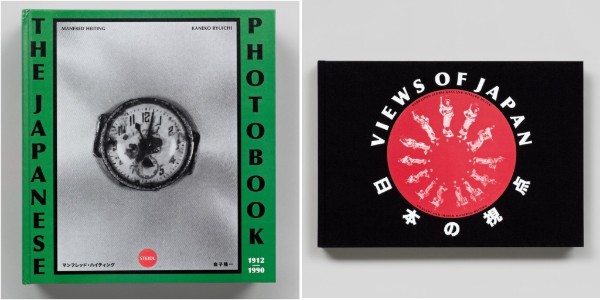 On Saturday, December 16th between 4 and 6 pm, please join Arcana: Books on the Arts for a discussion with Gloria Katz, Willard Huyck and Manfred Heiting, celebrating their two significant new books from Steidl.

VIEWS OF JAPAN FROM THE GLORIA KATZ & WILLARD HUYCK COLLECTION OF PHOTOGRAPHS: Most collectors have their own unique attractions and approaches to the objects of their collecting. This exquisitely produced volume features the adventures of Gloria Katz and Willard Huyck – two renowned filmmakers who began collecting Japanese photography more than a decade ago – whose ongoing hunt seems indeed like a Hollywood movie. A memoir about their love of Japanese photography and their experiences collecting it, Views of Japan makes available a selection of rare masterpieces from their extensive collection along with a personal “script” recounting how they scouted, debated, selected, and ultimately acquired many of the works. This was no small undertaking considering the rarity of some of the images, particularly those taken before the 1970s. Since 2002, they have assembled an encyclopedic collection of images from the 19th Century to the present, including key works by Nobuyoshi Araki, Hiroshi Hamaya, Eikoh Hosoe, Miyako Ishiuchi, Kikuji Kawada, Daido Moriyama, Ikko Narahara, Issei Suda, Shomei Tomatsu, and Shoji Ueda.

Their collection was shaped into Views of Japan by photographic historian Manfred Heiting, the designer and editor of extensive surveys of German, Soviet, and Japanese photobooks. The resulting volume is a distinctly personal presentation of one of the greatest private holdings of Japanese photography in the world, and an accessible look at a practice long ignored by Western histories.

THE JAPANESE PHOTOBOOK 1912-1990: Edited by Manfred Heiting – who has also designed and edited extensive surveys of German and Soviet photobooks, “The Japanese Photobook 1912-1990” illustrates the development of photography in twentieth Century as seen in the photo publications of Japan. Documenting successively the early Modernist influences of European and American Pictorialism, the German Bauhaus and Imperial military propaganda, to the complete collapse and destruction of the country in 1945, it then records a new beginning with the unique self-determination of a young generation of Post-War photographers and visual artists highlighted by the “Provoke” style, as well as protest and war documentation of the late 1950s to the early ’70s – the signature “Japanese photobook” – as we have come to know it.

This massive, authoritative, and highly visual undertaking presents an essay by Ryuichi Kaneko – the leading historian of Japanese photobooks, contributions from Heiting, Fujimura Satomi, Duncan Forbes, Mitsuda Yuri, Iizawa Kotaro, Shirayama Mari, and Matthew S. Witkovsky, and detailed information and illustrations of over four hundred photographically-illustrated publications. It is the most extensive English-language survey of Japanese photobooks of this period, and a crucial step in making the history of Japanese photography – long-neglected by the Western canon – accessible to the English-speaking world.