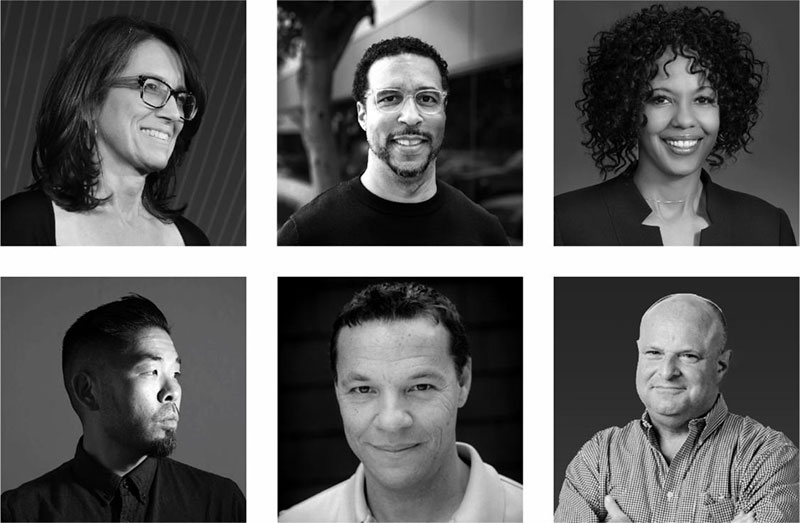 Lecture is Free and Open to the Public

Register for the  Zoom Webinar

Angela Brooks, FAIA, LEED Accredited Professional, BD+C, ENV SP and Principal, Brooks +Scarpa is a recognized leader in the field of environmental and social-equity design and is responsible for firm development in the area of housing and policy, leading the firm’s sustainable initiatives and overall design staff management. Angela received the USA Network “Character Approved” Award for her innovative work in the field of architecture in 2010. Ms. Brook’s firm has received over fifty major design awards, including the National and State Architecture Firm Award from the American Institute of Architects in 2010 and the Smithsonian Cooper-Hewitt National Design Award in Architecture in 2014.

Lance Collins is a Director at Partner Energy with over twenty years of experience in architecture, urban design, and sustainable design consulting including LEED, GreenPoint Rated, ENERGY STAR, Green Globes, and NGBS. In addition to his professional experience, Mr. Collins is the President of the Southern California Chapter of the National Organization of Minority Architects, a member of the AIA-LA committee on Affordable Housing, and a guest lecturer at USC Viterbi School of Engineering, USC School of Architecture, Southern California Institute of Architecture (SCI-Arc), Cal Baptist University, Santa Monica College, California State University at Long Beach, and Mt. San Antonio College. He has taught as an adjunct professor at Long Beach City College and holds an MArch Degree from UCLA, and a BArch from Cornell.

Alvin Huang, AIA, NOMA is a Los Angeles based architect with a global profile. He is an award-winning architect, designer, and educator specializing in the integrated application of material performance, emergent design technologies and digital fabrication in contemporary architectural practice. He is the founder and principal of Synthesis Design + Architecture and an Associate Professor at the University of Southern California, where he is also the Director of Graduate and Post-professional Architecture. Huang’s design work has been published and exhibited widely and has gained international recognition with over 40 distinctions at local, national, and international levels including being selected as one of 50 global innovators under the age of 50 by Images Publishing in 2015, being featured as a “Next Progressive” by Architect Magazine in 2014, and being named one of Time Magazine’s 25 Best Inventors of 2013.

Lance Simon is a Principal of Egan/Simon architecture and is a leader in transforming neighborhood design. After receiving his degree from the University of Southern California, Lance moved to Kentucky and joined Richardson Associates Architects (RAA), a regional leader in improving quality of rural life. Lance later moved to the urban scene of Miami, Florida. Working for world-renowned firms, including Arquitectonica, he focused on transforming neighborhoods into new urban landscapes with iconic architectural design. His award-winning design and project management vision continues to contribute to this internationally recognized architectural mecca. In 2013 Lance was invited by the American Society of Interior Designers (ASID) to present at Dwell on Design. The presentation PRO Bono: How Design is Reinventing Los Angeles encouraged designers to “do something bigger” than their own interests in order to improve their communities. He is a member of the Shelter Partnership Board of Directors, Southern California Association on Non-Profit Housing; the U.S. Green Building Council; and the Herman Miller Advisory Council.

Frances Anderton is host of DnA: Design and Architecture, a weekly radio show broadcast on KCRW NPR station in Los Angeles. Anderton also curates events and exhibitions. She has served as correspondent for the New York Times and Dwell magazine. Her books include Grand Illusion: A Story of Ambition, and its Limits, on LA’s Bunker Hill (UCS School of Architecture, 2011), and her honors include the Esther McCoy 2010 Award for educating the public about architecture and urbanism.

Eletrice Harris is a proud native Chicagoan. With high energy, enthusiasm, and passion she practices, mentors, and teaches Architecture. Eletrice has over 20 years of experience as a Project Manager, administrator, and architect and has a true passion for the development of young minority students interested in architecture and architectural studies. Eletrice is the Director of the Southern California NOMA Chapter Summer Camp and the SoCal Student Chapter Liaison. She dedicates her time and talent to making sure that every student from middle school all the way through grad school not only knows about architecture, and that they can become an architect, but that they can excel at it. Eletrice Harris holds a Masters in Architecture degree from the Pratt Institute in New York and a Bachelor of Architecture degree from the University of Illinois in Chicago.