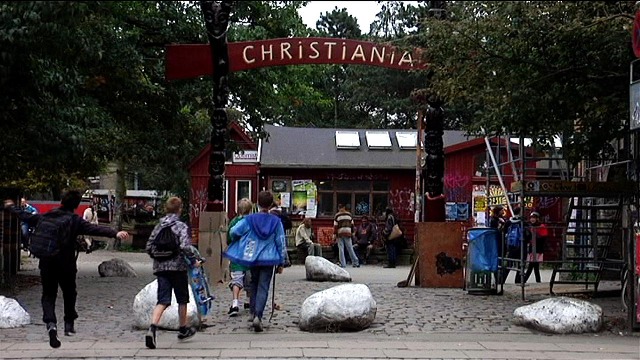 On Thursday, April 23rd at 6:00 pm, Helms Bakery partners with the Architecture and Design Film Festival (ADFF) and AIA, Los Angeles to bring you you a series of films and conversations that explore how art, architecture and design influence our daily lives.

Join us for a tour of our newest showroom Danish furniture company Carl Hansen & Son, enjoy some light refreshments, as well as a Q & A with the film’s Director immediately following the screening.

About the Film
Christiania – 40 Years of Occupation is a film that tells the story of a squatter community occupying an abandoned military base in the center of Copenhagen, Denmark.

Christiania was born in 1971 when youthful idealism and a severe housing shortage incited hundreds of young people to occupy 85 acres of deserted brick buildings, woods, ramparts and canals as their home. Finding it politically unpopular to evict the young settlers, the Danish government declared Christiania a “short-term social experiment”. Over forty years later, Christiania is still standing.