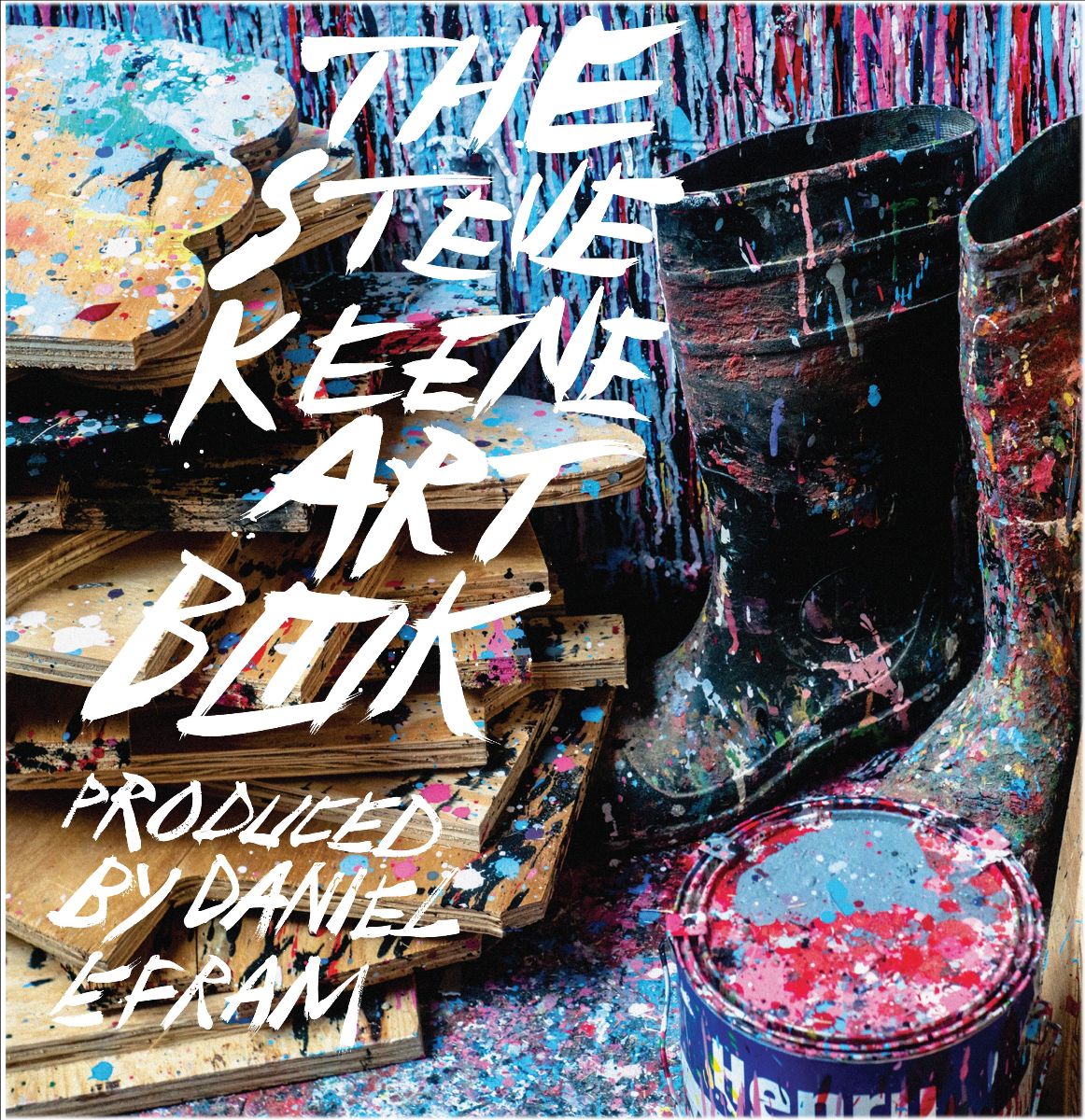 Stop in Arcana: Books on the Arts this Saturday, July 30th between 4:00 and 6:00 PM to celebrate the launch of The Steve Keene Art Book, with special guests Steve Keene, Dan Efram and J.C. Gabel and co-published by their friends at Hat & Beard Press. If you cannot attend but would like to purchase a signed copy, please place your order here or call Arcana at 310-458-1499.

Steve Keene is the most prolific American painter of all time, producing more than 300,000 hand-painted works via his studio / chainlink fence cage where he paints more than fifty paintings at a time.

Lovingly known for making affordable art, as well as being the indie rock cover art maker to Pavement, The Apples in stereo, and Silver Jews, Keene has long been under-appreciated for his importance to the nineties indie art and music scenes. The Steve Keene Art Book – originally conceived during his sold out 2016 show at Shepard Fairey’s Subliminal Projects Gallery – is the first art book dedicated exclusively to his work.

The Steve Keene Art Book is co-published by Hat & Beard Press and Tractor Beam and has been made possible through a crowdfunding campaign that included hundreds of supporters – from Keene’s former hometown of Charlottesville, Virginia, to fans from all over the world – who contributed pieces from their own personal collections. It is produced by Daniel Efram, edited by Gail O’Hara, editor-in-chief of the “legendary indie nerd bible” chickfactor, and designed by Grammy-nominated graphic designer Henry Owings.