Book Signing at Arcana with Lawrence Weschler: A Trove of Zohars 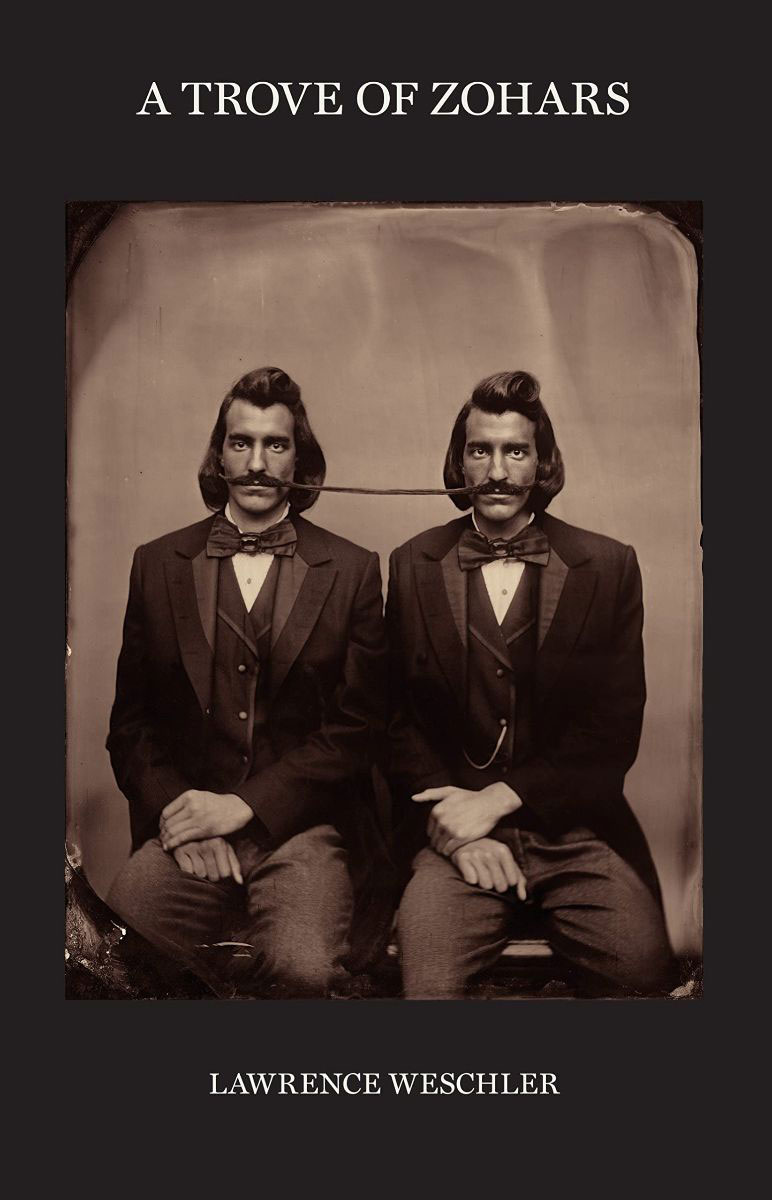 On Saturday, January 14th between 4:00 and 6:00 PM, please join Arcana: Books on the Arts for a book signing for Lawrence Weschler‘s brand new Hat & Beard publication, A Trove of Zohars. For the event Mr. Weschler will be joined by photographer and early-photographic process historian Stephen Berkman for a discussion about the book and the shrouded-in-mystery Zohar Studios.

“So Lawrence Weschler was minding his own business, as all his stories begin, when he got a call from Gravity Goldberg (her real name!) who introduced herself as the Director of Public Programs and Visitor Experience at The Contemporary Jewish Museum in San Francisco. She was calling, she told him, to apprise him of an upcoming show – an inaugural exhibition, that is, of a recently uncovered trove of work by Shimmel Zohar, a mid-19th-century Lithuanian immigrant photographer. A contemporary of Mathew Brady, Zohar had chronicled the Jewish immigrant community of the Lower East Side of 1860s – 1870s Manhattan in unparalleled detail, compiling a complete inventory of professions and types. Or not. There was, she suggested, some slippage in the whole story, and they were trying to find someone who might be willing to investigate things, and they were wondering, might he be interested?

Thus begins an antic tale of investigative perplex and vertiginous inquiry, as Weschler tracks down Stephen Berkman, the wet-collodion devotee who claims to have discovered the trove in question, but it’s a long and loopy story. And indeed, Weschler’s account evolves into the fourth volume of his ongoing “Chronicles of Slippage” series, doing for the early history of photography and the long heritance of Judaism what the series’ first volume, the Pulitzer-shortlisted Mr. Wilson’s Cabinet of Wonder, once did for the history of museums and the phenomenology of marvel.

And that’s just the half of it, for the main text sprouts a veritable delirium of digressive footnotes (taking up more than half the book), constituting what may be the closest we are going to ever get by way of memoir from this confounding and beloved writer.”

If you cannot attend and would like to order a signed copy to have shipped or to pick up at the shop, please contact the store for details or order online.