A reception, lecture, and discussion with Lucia Allais

On Tuesday, June 4th, from 6:30 pm – 8:30 pm, Helms Bakery District and the Cal Poly LA Metro Program in Architecture and Urban Design will host a reception, lecture, and discussion with Lucia Allais – Designs of Destruction: The Making of Monuments in the 20th Century

Lucia Allais is an architectural historian and critic who writes about the relationship between architecture, technology, and politics in the modern period, with a special focus on global practices and international institutions.

Her first book, Designs of Destruction (Chicago, 2018) recounts the invention of the “cultural monument” as a global building type in the mid- 20th Century. She has published articles on related themes, including: “The Architecture of Mediocracy,” about the design of the UNESCO headquarters, in Marcel Breuer: Building Global Institutions; “Integrities,” about the Salvage of the Abu Simbel temples in Grey Room; “The Design of the Nubian Desert” in Governing by Design, and a translation and commentary of Superstudio’s “Salvages of Italian City Centers” in Log. Allais also writes about contemporary design and about the history of architecture as a discipline, having published “The Real and the Theoretical 1968,” in Perspecta.

Forthcoming texts include: a short archaeology of architectural rendering, in the 2019 edited volume Architecture and Technics; a book project on the ritualization of urban cores in the postwar; and a critical essay on the return of circular form in contemporary architectural design.

Allais is co-leading, with Forrest Meggers, the project “Concrete is 100 years old” which investigates the history of carbonation equation in reinforced concrete, and its consequences for notions of technical time in history, architecture, and the environment.

Allais has curated a number of exhibitions, including Legible Pompeii at the 2014 Venice Biennale and Mixed Being at the 2016 Istanbul Triennale. Her work has been supported by a number of fellowships, including from the CASVA, the Graham Foundation, the Harvard Center for European Studies, the Radcliffe Institute, and the Princeton Society of Fellows.

Allais is associate professor at Princeton University School of Architecture. She received her B.S.E from Princeton, her M.Arch from Harvard and her Ph.D from MIT. From 2008 to 2011 she was a postdoctoral fellow at the Princeton Society of Fellows. She is a member of the Aggregate Architectural History Collaborative, and an editor of Grey Room. 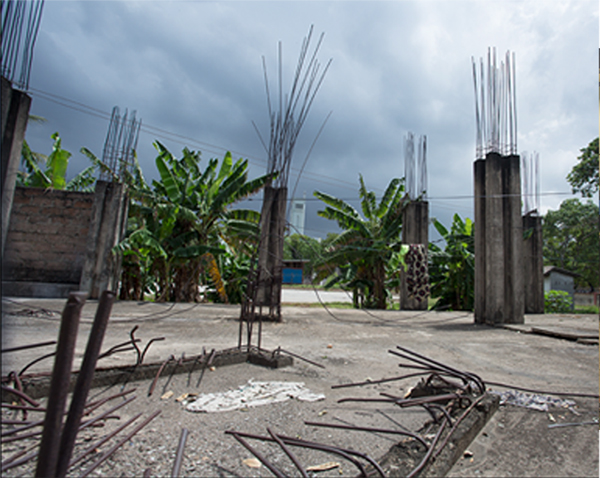