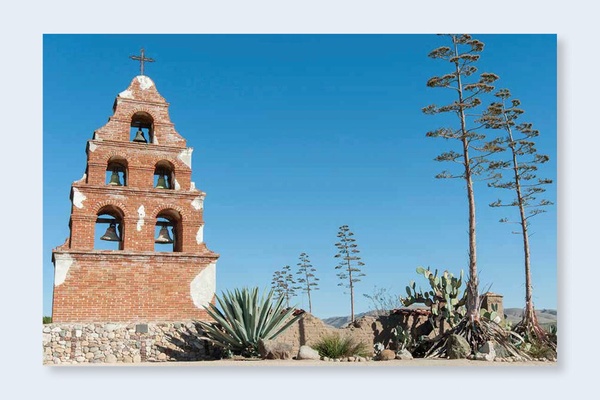 On Saturday, December 14th from 4:00 to 6:00 pm, please join Arcana: Books on the Arts for a book signing with photographer Melba Levick and author Ruben G. Mendoza for the release of Mission San Miguel Arcángel published by Nazraeli Press.

“Mission San Miguel Arcángel was founded on July 25, 1797 in what is now California’s Central Coast. The site was chosen in part because of the large number of Salinan Indians that inhabited the area, whom the Spanish priests wanted to evangelize. Unlike most of the other missions in California, Mission San Miguel’s appearance is much the same as it was when founded. The inside has never been repainted; the pictures and the colors decorating the six-food thick adobe walls are the originals that were created and painted by Indian artisans under the direction of Esteban Munras of Catalonia, Spain.

The physical beauty of the structures and gardens is unparalleled, but among California’s twenty-one Spanish missions, San Miguel is in many ways considered to be the “poor stepson” of the chain, and has until now been lacking a dedicated book. As it is only a short distance from Nazraeli Press’ editorial office and olive farm, we are therefore especially pleased to announce this book, dedicated to the history and present state of Mission San Miguel.

With over fifty photographic books to her credit, Melba Levick is well known for her work as an architectural and travel photographer. Her photographs have been published and exhibited across North America and Europe for over thirty years, ranging in subject matter from California ranches and Spanish-style homes, to Antonio Gaudi in Barcelona, Mexican gardens, and the colors of India. Ruben G. Mendoza is an archaeologist, author, photographer, and founding faculty member of California State University, Monterey Bay.”