LA Forum’s “Out There, Doing It” Series Continues At Helms Bakery 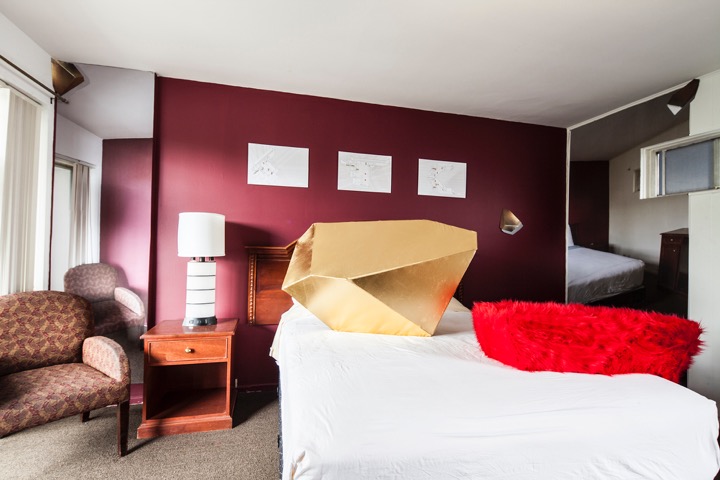 On Thursday, November 12th at 7:00pm, please join the LA Forum and the 2015 Out There Doing It participants for an “ideas potluck.” No need to bring a casserole, just bring your best questions, thoughts, concepts, and critiques. Four teams of emerging architects, designers, and curators will muse, discuss, and debate at Helms Design Center.

Event is FREE for LA Forum members and $10.00 for non-members.

The LA Forum is a platform for architecture and urban design. Engaging Los Angeles through critical programming, publications and discourse on the built environment, it’s an advocate for emerging and multi-disciplinary practice.
www.laforum.org

Based in Los Angeles, JAI & JAI Gallery was founded in 2012 by sisters, Jomjai and Jaitip Srisomburananont. Jai & Jai Gallery focuses on maintaining a trans-disciplinary program by working with and exhibiting the works of both emerging architects and contemporary artists. Alongside curated exhibitions of relevant, contemporary work, the undercurrent mission of Jai & Jai Gallery is to engage in and cultivate discussions that lie within the intersection of art and architecture. The fresh perspectives of the gallery exhibitors reveal disparate influences and practices but share a common affinity for pushing the boundaries of theory, fabrication, and representation through art, architecture, and design.
www.jainjai.com

LABOR is Jonathan Crisman and Jia Gu. LABOR is a Los Angeles-based collective that works at the intersection of art and architecture. Their studio-based practice often turns to food, fiction, and printed matter to think critically about architecture and the city, using the forms of collective activities, ideas competitions, speculative interventions, and architectural happenings.
www.la-bor.com

Platform for Architecture + Research is an idea driven office, committed to intellectual and artistic rigor and recognized for architectural innovation. Established in 2003, PAR is led by partners Jennifer Marmon and Angus Goble with offices in Los Angeles and New York. PAR has received numerous awards, including the Presidential Emerging Practice Award from the American Institute of Architects Los Angeles in 2014, an International Architecture Award in 2014 and an American Institute of Architects Honor Award in 2013. The work of PAR has been featured in exhibitions at the US National Building Museum, the New York Center for Architecture, the European Center for Architecture, the Buenos Aires Architecture Biennale among others, and in publications such as DAMDI, Architect, Concept, Form and MARK.
www.p-ar.com

Typical Office presently consists of two employees, Duygun Inal and Ben Warwas. Duygun and Ben were chosen because of their diverse backgrounds and ability to produce eclectically predictable yet unusual projects. During their employment at the Typical Office, Duygun and Ben designed a proposal for the recently opened Broad Museum in Los Angeles and produced an anti-teenage installation ‘16 and Pregnant’ for the One Night Stand LA Show 2015. The most recent project was a bespoke custom dress for the long awaited Frank Gehry exhibition opening at the LACMA. Typical Office is currently working on couple projects mainly researching the Public Storage Buildings and the Vernacular Car Washes of Los Angeles.
www.byben.com
www.d-inal.com